During our ongoing quest to recover aircraft and find parts, we always try to find out as much as possible on the history of our aircraft. We often discover pictures and aviation artefacts that are really exceptional. Some of the pictures we discovered will be shown here. Pictures may be found on other websites as the majority are public domain and are not always unique. However, in several cases our pictures were bought during auctions. The prices are increasing year by year and we would like to show them to the public as much as we can. If you are willing to share your historical L-4 / L-5 pictures here, we welcome you to write us and you will receive full credit with your name on our website. Thank you.

Piper L-4B 43-605 (MSN 9466) (Former 42-59415) was condemned due to damage on June 13, 1945, Picture bought August 2018. Comment states:"June 1944, D-Day Normandy, USAAF 435th, TCG 77th TCSq, photo small Airplane" Picture was removed from the Photo Album of an Intelligence Officer named John L. Lobingier Jr. He enlisted at the USAAF on 24 Apr 1942 and was released on 25 Nov 1945 and served at the 435th Troop Carrier Group, 77th Troop Carrier Squadron. He flew on Troop Carrier Missions during landings in Normandy, Southern France, Holland and Germany. As part of the IX Troop Carrier Command´s desire to have its C-47 groups commence training with paratroops of the 101st Airborne Division deployed in the Salsibury Plain Area, the Squadron of the 435th TCG arrived at RAF welford on 25 January 1944 from RAF Langar flying C-47´s and C-53´s. They began training for D-Day towing US Waco Gliders and British Airspeed Horsa Gliders.

Note the unusual wheel covers and the fact that this L-4 still has the rudder wind gust lock in place. So it won´t have been flying anytime soon.

More L-4 and L-5 pictures are available offline in our database and in our dedicated Facebook discussion group. 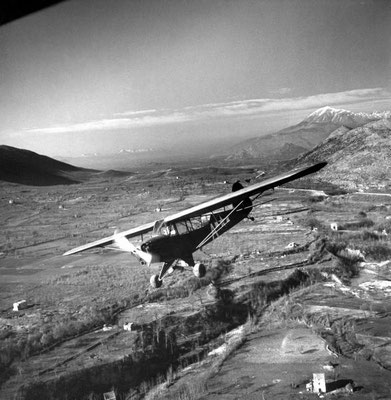 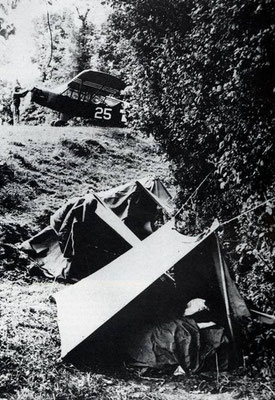 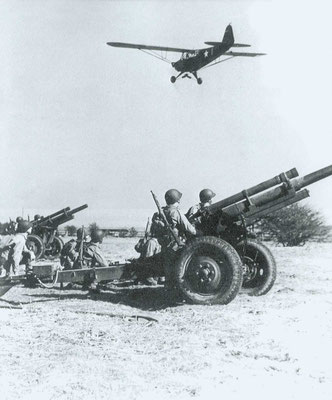 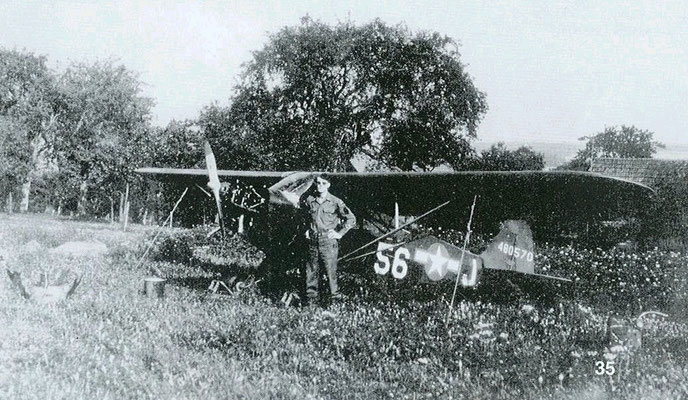 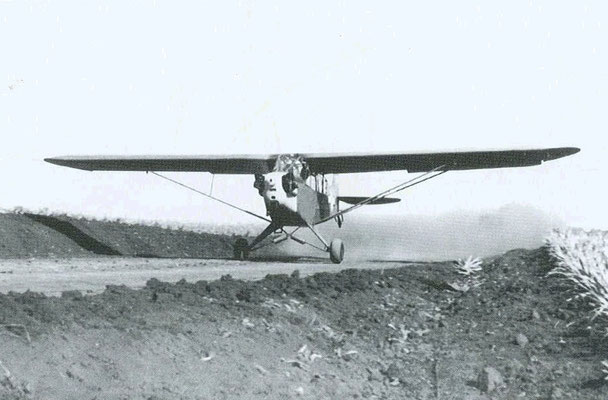 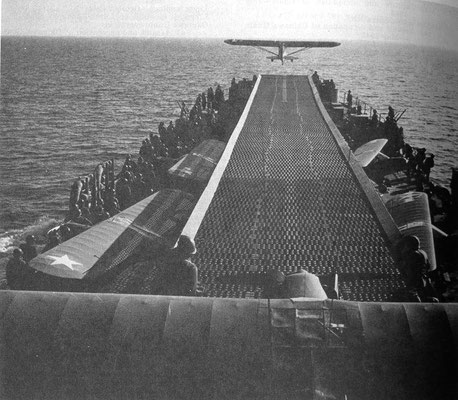 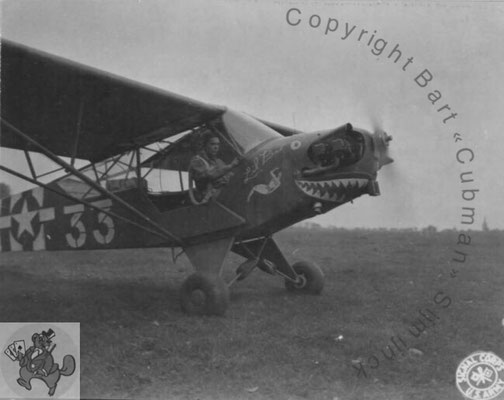 “U.S. planes land on Nazi Autobahn” official Associated Press picture.
Piper L-4’s of the U.S. Army operating in the forward areas east of the Rhine River, Germany, use a section of the Nazi autobahn as a landing strip during advances of the American forces into the Reich in early April, 1945